This Division was formed and composed of members of the Ordnungpolizei in October, 1939. The unit was trained at Truppen-Unungsplatz Wandern and completed its training in February, 1940. The Division was not considered to be an elite SS Division because of the manner that members of the unit were allowed to join, resulting in the wearing of the Ordnungpolizei uniform with a Heer Eagle on the arm. At the time, SS uniforms were not provided for the unit.

In June, 1940, the Division was initially held in reserve for the opening of the Campaign in France. On June 9th and 10th, 1940 the Division first saw action in the crossing of the Aisne River and Ardennes Canal. The Division was heavily engaged during this time, and after securing its objectives, moved to the Argonne Forest. In the Argonne Forest, the Division was heavily engaded again, fighting in rear-guard actions with the French, until it managed to capture the town of Les Islettes. In late June, 1940, the unit was pulled out of combat and placed into reserve.

On June 27th, 1941, the Division was transfered to the Eastern Front and put into Army Group North reserve. In August, 1941, the Division saw action near Luga. It was during heavy fighting for the Luga bridgehead held by a number of Soviet Divisions that the 4th SS Division lost over 2000 soldiers in bloody frontal assaults. The fighting was very difficult being across swamp and forest land. After a number of blood assualts the 4th SS Division, along with the help of other Divisional units, managed to fight into the Northern edge of Luga and encirlce and destroy the Soviet defenders. After the battles for Luga, the Division was moved to fighting around Leningrad.

Finally, in January, 1942, the Division was given "offical" Waffen SS status, and its title was changed to the SS Polizei Division. All of the Divisions sub-units were then renamed as SS such-and-such, now being a part of the Waffen SS itself.

The Division itself was reformed as the 4th SS Polizei Grenadier Division, and after training and forming, was sent to the Balkans area. Elements of the Division saw action in Greece on anti-partisan duties, and the Division also fought near Belgrade. In January, 1945, the Division was pushed into Slovakia, and from there it was moved North to the Pommerania area where it onve again saw action attempting to hold the Soviets back. Soon after, the 4th SS was moved to Danzig where it was trapped by Soviet forces. After dire battle the Division was shipped across the Hela Peninsula and over sea to Swinemude. From there, the Division rested, and then moved to postion itself to surrender to the Americans near Wittenberge-Lenzen.

Emblem of the division:

Note the specific emblem of the Polizei on the helmets 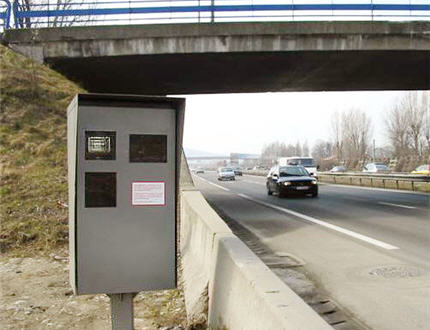 A sniper of the Polizei division...